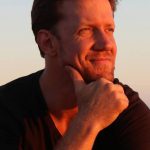 We’ve all been there, right? At least we secretly hope that we’ve all been there. These are the conversations that we are unlikely to ever have with another man unless we are drunk and sharing more than we would otherwise. “Don’t ever tell anyone I told you that, alright bro?”

I remember one embarrassing moment when I was twenty-three. I had been pursuing a woman for months. I wanted to have sex with her so badly. It was all I could think about every time we were together. She kept denying me until, one day, she slipped her pants off and climbed on top of me. I was rock hard as she spread her lips and lowered herself down. But before my cock even reached her labia, I came. I was so turned on that I shot my load all over her pubic hair before I even entered her. I was beyond devastated. She was polite about it, but I knew I had blown any future chance with her the moment I blew that load.

“The last erection I had was on November 9, 1999. I had just turned twenty-four. Right before that day, I was in the best shape of my life…”

Little did I know at the time that would be the least of my problems when it came to sexual function.

The last erection I had was on November 9, 1999. I had just turned twenty-four. Right before that day, I was in the best shape of my life. I had recently led a cycling trek across the United States with nine teenagers. I felt unstoppable physically, mentally and emotionally. But on that fateful night, my sexual function and my entire life changed forever.

The night started out like any night. I was celebrating a friend’s birthday with him, having a few drinks at a campus apartment that we shared at Hampshire College in Amherst, Massachusetts. I was heading up the stairs on my way to bed when my friend called my name and said that he wanted to go to town before the night was over and grab a drink at a local bar with a buddy of his whom I had only met that night. I hesitated for a moment but then decided I would join them.

His friend ended up being the designated driver, even though he had been drinking with us. I wasn’t too concerned because the bar we were going to was less than a mile away and a straight shot from the campus. I climbed into the backseat of his 1973 Chevy Nova and went to put on my seatbelt but then noticed that it didn’t have one. We sped off down the road blasting Rage Against the Machine on the stereo and peeling rubber as we left the parking lot. This was the kind of idiotic driving that I thought that I’d left behind me years before. The conversation in the front seats turned to talking about a bar that was several miles away instead of the nearby bar. Feeling a sense of panic and dread, I pleaded with the guys in the front to just go to the nearby one that we had agreed on. We flew right past it and turned down a rural road heading to town.

After a couple miles, the road went from nicely paved asphalt to gravel very suddenly. Right after the gravel began, there were a couple hairpin turns. We hit the first turn at about fifty miles per hour. The car fishtailed wildly to the left. The driver attempted to self correct and we fishtailed again, this time to the right. We slid wildly out of control off the road and the left side of the car slammed into an oak tree. Without a seatbelt to hold me in place, my body flew across the backseat and into the side of the car where the impact happened. As we came to a stop amid the sound of broken glass and crushed steal, I noticed that I could no longer feel any part of my body from the waist down.

A couple hours later, after being extracted from the vehicle with the Jaws of Life, I lay motionless on a gurney in a hospital bed with fluorescent lights glaring down on me. After a cursory examination, the doctor me said, “Well, I can see that you’ve had a complete spinal cord injury, meaning you shouldn’t expect to ever move or feel anything below your waist again.”

“A strange thing began that night that I would struggle with for years. Part of me no longer felt like a man. Up until the moment my injury happened, I was a vital, twenty-four year old man.”

“How do you know it’s complete?” I asked.

“Well, if you tip your head up, you’ll see that you have an erection right now. That is an indication that your injury is complete.”

I lifted my head up just enough to look down and see a fully erect, ghostly white penis. Without any sensation, it looked like I was looking at someone else’s penis. I laid my head back down and promptly vomited into a bedpan.

A strange thing began that night that I would struggle with for years. Part of me no longer felt like a man. Up until the moment my injury happened, I was a vital, twenty-four year old man. I was six foot three, one hundred ninety-five pounds, athletic and handsome. Suddenly, I was about four foot eleven in a wheelchair and had no sensation or function in my penis, my bladder and my bowels.

I discovered that there is a state of mind that can occur when humiliation isn’t sufficient. The mind goes into a space of dissociative shock. I felt young again. Not youthful, but young. Helpless. In my mind, no woman was going to ever look at me the same way again, let alone want to have sex with me.

My first girlfriend after my injury was also paraplegic. At least she could understand, so I felt comfortable enough that I could have a relationship with her. She had just enough sensation in her vagina that I could please her a little with my fingers and tongue. We spent most of our sexual time focusing on our upper bodies.

Other than the paraplegic girl, there was only one woman I dated briefly over the next eight years. She had a big enough heart that she was able to overlook my physical limitations.

In 2007, I met the woman who would later become my wife. It wasn’t because I was out looking and dating. I was terrified by dating, especially after moving to Los Angeles in 2001, where there is such an enormous focus on the superficial.

Intellectually, I understood that one’s ability to have an erection should have nothing to do with their sense of masculinity. But inside, I was tormented. Never feeling like a whole man. Feeling like a little boy. Feeling like I was out of my league just trying to have sex with a regular woman. And when she felt the porn vibe being put on and told me I’d need to change my approach, I felt even worse. There were times that, despite having a high sex drive, I seriously considered becoming celibate, just to avoid the pain of insecurity. But this would’ve just suppressed the feelings more.

I am not exaggerating when I say that it literally took almost fifteen years to fully reclaim my sense of being an embodied man, feeling as masculine in my energy as anyone. It was only through deep self reflection, meditation, breathwork, time and healing that I was able to finally push through the veil of illusion that had separated me from my masculinity. Now, I have the benefit of living on the other side of the story that our culture tells that relates masculinity to sexual function. I will never again be embarrassed by my erectile dysfunction, and, in fact, when women find this out, they are often totally turned on.

My hope is that, as a culture, we can permanently dispel the belief that how hard or big a man is or how long he can go has anything whatsoever to do with how much of a man he is. Let’s all agree to be one hundred percent real with each other and to get that embodying true masculinity and sexual function have nothing to do with each other.

Sam Morris is the Founder of Zen Warrior Training, an executive mindfulness coaching program which trains high performers how to decrease stress and anxiety while increasing productivity, passion and purpose in their lives and careers. Sam is a lifelong student of Zen philosophy. His own life’s journey includes becoming paraplegic in a car accident caused by a drunk driver in 1999 and then using the same principles and techniques that he currently shares with his clients to not only overcome the trauma, but also to become a stronger human as a result.