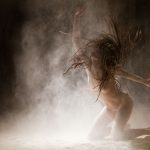 Fear of the feminine and the Amazon fires was written in 2019 and is more relevant now more than ever.

Men throughout millennia have attempted to dominate or control Nature in some form or another.  Instead of standing in awe of her majesty, he has crumbled in fear and trembling at her feet resorting to domination with his only perceived advantage, his physical prowess.

In facing his female counterpart and seeing her as Nature’s chosen vessel for creation, man is faced with two choices, awe or fear.  The majority have opted for the latter and thus given birth to the age of toxic masculinity.

He has hijacked most spiritual movements and teachings to serve himself. To control the masses, he has built dogma into his cult of idolatry and called it God’s word.  He gave birth to the concept of God being outside oneself and disconnected man from the Mother.  That’s why you see such insanity in the world.  Those connected to the Mother would never stand for the love of power and money over Nature.  They would never reign war against Nature – cutting her, drilling into her, abusing her creatures – all in belief that they themselves are not directly affected.  The fact is that in spite of this insanity, the repercussions will be the same whether or not man realizes he’s actually hurting himself.  The reality will be that it will simply be too late to reverse our destiny on this beautiful marble-of-life in the vast no-thingness of existence.

His tactic is simple: divide, instill fear, and rule for self-interest.  He uses fear like a two-bit evangelical preacher to serve himself and his institutions and to feed his insatiable appetite for more.  He has no true power, so he projects his inadequacies onto the feminine.  As long as man is disconnected from Source or Nature, he will be susceptible to being ruled by another.

He has treated most things closely related to Nature in opposition to his religion and has conveniently labeled women, one of Nature’s most vital expressions of the Divine, as something that is innately evil or something that needs to be tamed and controlled.

Men in position of power continue to propagate this subconscious, and sometimes conscious, domination over women and abuse of Nature.  Take the current fires ravaging the lungs of our planet, the Amazon.  She is burning because president Bolsonaro of Brazil gave the green light to ranchers and loggers to massively clear land to raise cattle for human consumption, yet he blames NGOs for the fires.  These kind of men in power avoid taking responsibility, and instead of serving their constituents, they line their own pockets while staying in power at all costs.

In some Middle Eastern countries, mistreatment of the feminine is self-evident. Women who are raised from birth in this society know little about what true freedom means and have aligned themselves with their oppressors in the name of devotion and tradition.  Because of the wide reach of the internet and the inability to control its reach, even in countries under authoritarian rule, women are seeing and feeling what it means to have a voice and experiencing a taste of self-expression, power, and freedom.  Take Masih Alinejad, an Iranian-born journalist and activist who founded “My Stealthy Freedom”, an online movement that started in 2014; she has singlehandedly empowered hundreds of thousands of women in Iran by creating a platform to give them a voice and an opportunity to be seen the way they want to be seen, not the way their government forces them to be seen and live.  They risk being arrested, harassed, and harmed. Videos show the courage of women walking the streets of Iran without hijab, giving hope and courage to the next woman.  The women are further empowered because they now can showcase the faces of their perpetrators for the world to see. Because of the internet and the power of the smartphone, acts of aggression and injustice no longer die in the moment, but live on for others to be impacted, thus invigorating others to join the cause for justice and freedom. The women of Iran are leading the way, but it will ultimately tip when more and more men of Iran stand with these courageous women.  There must be more men standing with them than against them.

Back in the U.S, 1960s feminism was a natural rise in the fight for autonomy and freedom for the feminine. Its tenants supposed that in order for women to be free and equal, they need to be more like men.  The reality is that we need a revolution in the way our men show up in society, not change how women show up in the world.  We thought a boomerang swing from the 1950’s hard-ass man to the 1960’s soft man would do the job, but the problem is that masculine archetypal energy that resides in most men cannot be wished away any more than one can wish away a cold sore. If men’s archetypal energies are not expressed in a healthy way, they move into their shadow forms.  (The Four Masculine Archetypes and their Shadows)

We do not need more men with fear of the feminine, rather men who stand in awe of the only physical manifestation of the Divine that ushers in life.  The feminine is powerful, beautiful, and awe-inspiring.  She does not need to be controlled, she needs to be seen, held with presence and love, and worshiped in reverence for who she is: a physical reverberated expression of the Great Mother.  Men bring presence and depth to the equation in relating to the feminine. Men bring leadership; but leadership tethered to love does not dominate. Men are the container for the feminine light to express herself in.

The evolution of the masculine in this day and age will not come from knowledge obtained in this blog or a book – for those only point to the truth.  A man must avail himself to the pain of growth past his current state of being.  He must surround himself with other men who are looking to change and overcome their ways that no longer serve them, their partners, or our society.  Men must be with Nature more – sit with her, be with her, drink from her.  She has been nourishing her inhabitants for millions of years. She will outlast us if we (men) do not turn and face her with awe and reverence.  She will, like Kali Ma, devour us whole and cleanse us one way or another before her feet.