In a world of us and them, dualistic ideologies, and sports mentality, it is a comforting and common practice to attempt to reduce a whole thing into two opposing parts. My team against your team, my politics versus your politics. But also in Jungian theory, Taoism, duality, yin and yang. We learn from an early age that so much of our identity is based on the context in which we oppose ourselves.

It can be easy to want to apply this pattern to everything. While we logically know that the sun does not belong to men, and the moon to women exclusively, we take these well-known symbols to heart. We like them. It feels as though we’re onto something. We can easily define the world now. We can easily define ourselves. And something else — the idea of balance. Now that we know there are two sides to the scale, we can put effort into their measurement.

But what if I told you this isn’t the whole story? 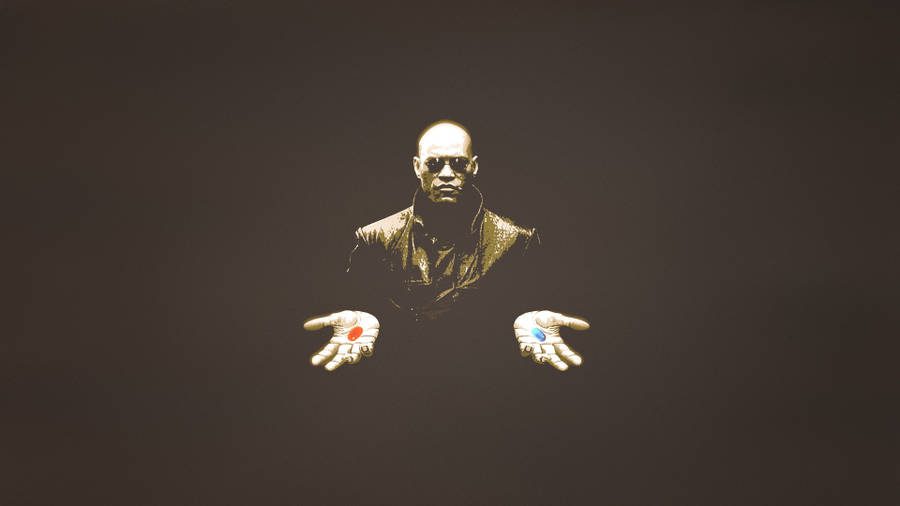 Take the red pill, learn something new about gender. Take the blue pill, keep equating cosmic forces with genitalia. Also, did you know The Matrix was a trans allegory?

Hi. My name is Vanessa Cate. And I’m a nonbinary trans man.

I am nonbinary and I have breasts and I wear eyeliner and glitter and I am a trans man, and all of these things can be true at once because things cannot be ordered simply into two mutually exclusive categories.

WHAT DOES NONBINARY EVEN MEAN?

The term nonbinary can mean different things to different people, but at the end of the day it can best be defined as the word implies: a concept of gender that is not binary. “Nonbinary” is an umbrella term, referring to a gender identity that is outside of strictly male or female. It is manifold, varied, and can refer to a broad spectrum that encapsulates limitless individual gender identities.

Sometimes this might be difficult to wrap one’s head around, especially if one is cisgender (someone who identifies as the gender they were assigned at birth). I have found this concept particularly difficult to comprehend for those who conflate personal gender identity with gender archetypes within a dualistic modality of thought. If there is light and dark, day and night, life and death, how could there be more than man and woman?

Study of archetypes is valuable in and of itself, but my gender identity isn’t about whether I connect to the sun or moon – it is who I am in relation to my being. It is who I am.

Oddly, masculinity – though part of an oft-binary system – is also a varied and personal spectrum. What is masculine for one may not be masculine for another.

How can that be? Let’s dispel a small package of myths first, to be able to better get to the root of all this.

The familiar myth goes like this: “There’s man, and there’s woman. That’s biology, that’s science.” However, that’s patently untrue. Biological sex is not binary either.

First, if we want to talk about science, we should acknowledge the approximately 1.7% of the world’s population that is intersex – someone born with physical traits of more than one biological sex. For perspective, that number is comparable to those in the world with red hair or larger than the population of Russia. There are internal and external genitalia, which do not always “match,” and which do not always develop in tandem. There are limitless ways that genitalia may develop, and often you won’t find examples in sex ed class.

As for hormones, most people have both testosterone and estrogen, and there are other hormones such as progesterone and estradiol that have various effects on the body, none of which amount to gender. Hormone expression, meanwhile, includes physical effects of the hormones, such as hair growth or deepness of voice. Hormones also require hormone receptors, which are special proteins on a cell’s surface. As with sexual organs and chromosomes, humans have a multitude of combinations of these above as well. Sometimes people even supplement themselves with hormones or go through hormone therapy. This can be part of a transgender transitionary process, but there are also tons of other reasons for treatments, including sex drive and menopause.

Second, this is all a moot point anyway, as sex and gender are distinctly different things. Just because someone is intersex or has various chromosomes or hormone levels does not mean they are transgender or nonbinary.

Sex is a biological term, relating to physically quantifiable components.

Gender is not. The World Health Organization defines it in this way: “Gender refers to the characteristics of women, men, girls and boys that are socially constructed.  This includes norms, behaviours and roles associated with being a woman, man, girl or boy, as well as relationships with each other. As a social construct, gender varies from society to society and can change over time.”

Gender is a social construct, one that varies based on time and place, and which evolves over time.

Humphrey Bogart, Burt Reynolds, and King Louis XIV. Each at the height of masculinity during their time.

If you’re confused about gender, welcome to my world.

The search for one’s gender identity is not a simple path with a beginning and end. It is an ongoing and personal exploration that can be fluid, and which can evolve over time.

When I was a child, I didn’t have the tools or language to deal with any of this. To begin with, I remember being four years old, laying in bed staring at my ceiling, and thinking, “I was born in the wrong body.”

If you are tempted to call that a phase, I can tell you with certainty that it has been thirty years, and I still have this thought. Every day of my life.

In a body positive way, I do love my body. I appreciate what it’s done for me, its supple curves, the experiences it’s afforded me and how I have been gifted to live my life through it.

But my body is also a constant source of dysphoria and pain, both mental and physical. I am a nonbinary trans man, who prefers he/him pronouns but will settle for they/them. Still, every day the pile of “she,” “her,” “miss,” “ma’am,” “sister,” and “lady” are a constant barrage on my mental wellbeing. “That’s not me! Stop it!” I scream internally every time.

It doesn’t make me weak to experience this kind of reaction. Anger let’s us know that our boundaries are being crossed.

If you can’t relate, imagine that you are being misgendered, perhaps in a public setting. Now imagine it happens every day of your life. Not only is it a prodding assertion, but it implies that outsiders know you better than you know yourself, or in cases of willful misgendering, that you aren’t worth the respect afforded to “regular” people.

I know that people look at my body and assume my gender based on that. I know that when someone regards me verbally as a woman, what they are saying is, “I see you have size G breasts, and that means you are a woman to me.”

I should note that this is my own personal experience. Not all trans or nonbinary individuals experience dysphoria, and everyone has a different relationship with their bodies, souls, pronouns, relations, sexuality (which is also seperate), etc.

One day, I do plan to undergo top surgery. I think about that future every day, and it will be of great relief when it occurs. But not all nonbinary or trans people want to or are able to physically transition, and that’s okay too.

OUTSIDE THE BINARY: FOR CIS MEN, TOO

Outside the binary thinking is not just for nonbinary or transgender individuals. Rigid definitions of what is masculine versus what is feminine can force us into confines that limit us, sometimes so thoroughly we’re not aware they exist.

51 year-old actor, Billy Porter, has spent his life honing the courage to express his authenticity. When he was just five, his family sent him to a psychologist because he wasn’t masculine enough. “It was like my masculinity was in question before I could even comprehend the thought,” he later said. As an adult, the criticism didn’t stop. As Porter told Allure magazine, “Flamboyance was a silencing mechanism for a long time with me. Flamboyant was code for ‘You’re a f*****, and we don’t want you. Flamboyant was a word that was used to marginalize me and pigeonhole me and keep me in a box.”

Now he is inspiring the world with his authentic, powerful looks and self-expression. Mark Bryan also exemplifies finding his own personal masculinity. A happily married working man with three children, this straight, cisgender fellow wears what makes him feel good. He feels comfortable in his body, he feels empowered in heels, and he feels ignited by fashion. “Clothes and shoes,” he says on a recent Instagram post, “should not dictate a person’s sexual orientation or gender.”

Gender expression is an important and vital component to individuation. And so we return full circle to the Jungian concept of embodiment.

These are two well-known examples of cisgender men who have broken out of the mold of quiet normativity. But there are others. And all men can do it, in their own way, in small ways every day.

You have within you a varied and powerful masculinity. The King who confidently holds space, nurtures, provides. The Warrior, who fights and stands up for what is needed. The Magician, who reasons and learns, but who is also ever curious and seeks to better oneself. And the Lover, full of inspiration and passion, creativity and desire.

These are archetypes within an archetype, but they exist within each of us, and our relationship with these parts of ourselves is ever-valuable. (Within us also exists feminine archetypes, but that’s for another article.) Examination of what these facets enjoy, what they’re lit up by, and how they evolve gives an essential window into our psyche, and priceless access to an active relationship with ourselves.

Outside of aesthetics, we must also seek what taps into our authentic selves. For some it might be physical activity or muscular exertion. For others, it might be someone to provide for. Others still, personal autonomy. For Mark Bryan, the clothes he wears makes him feel like the man he is.For Billy Porter, freedom is the most authentic thing.

For me, there are whispered pulls of masculinity throughout this existence. Some of which don’t entice me (I see you sports fans, but it doesn’t interest me in the slightest), and some of which call to me with a resounding, “Yes, this is you. It feels good to be here, doesn’t it?”

This world is full of lessons, sustenance, inspiration, and teachers. Throw out your limitations. What will you discover?